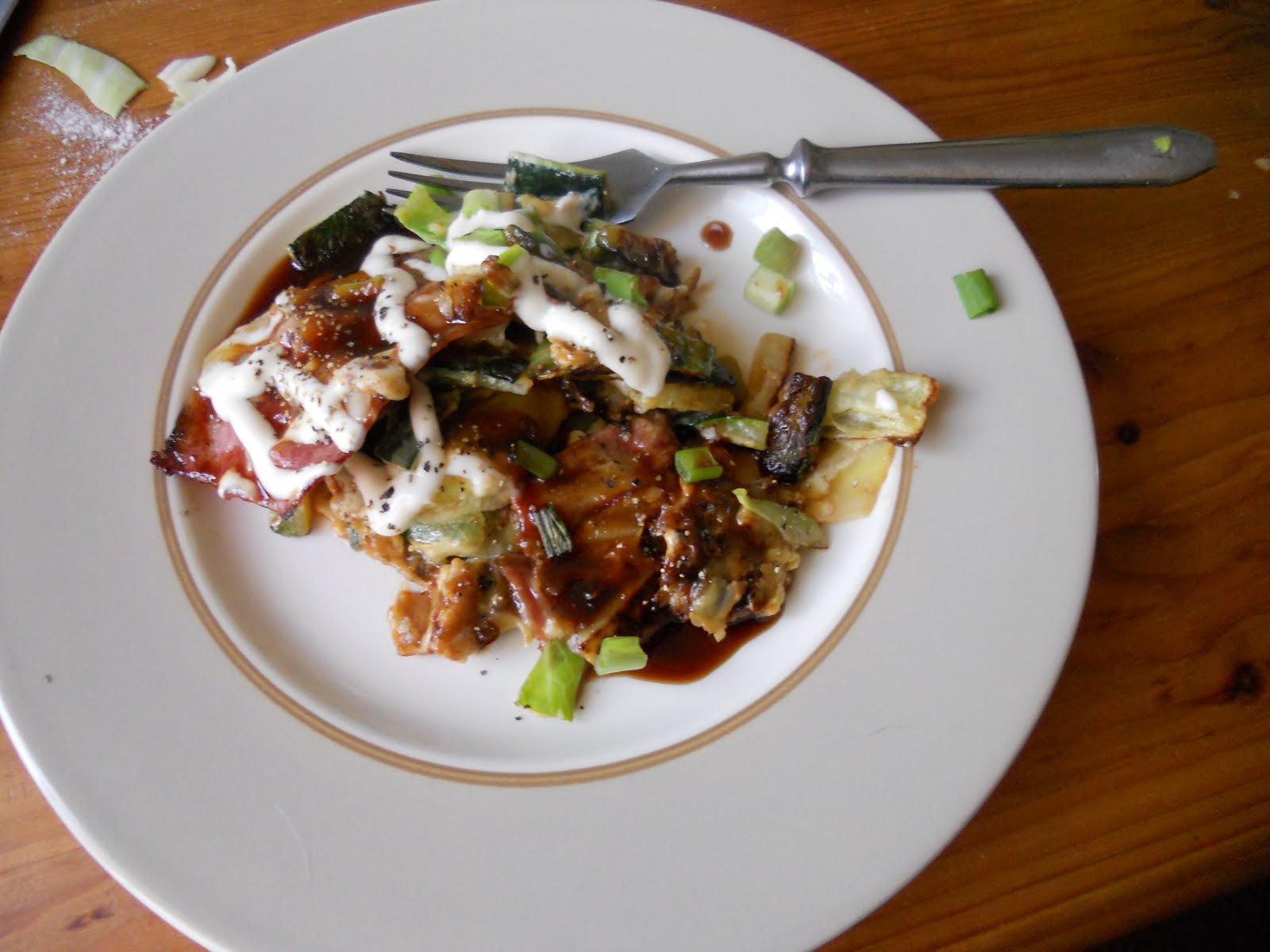 Ok, although this doesn’t exactly classify as a “North American favourite”, it is a favourite of mine which I discovered in North America.

After having been to my friend’s birthday party in Toronto, where his asian friends made this Japanese pancake called okonomyaki (spelling?), I absolutely fell in love with the dish and decided that I have to try it out.

Turns out it’s pretty simple in Latvian cooking terms, because it’s made of cabbage, any grated seasonal veggie, mixed with egg and flour, and topped with many toppings (I used cheese and bacon), drizzled with mayonnaise and something that tasted a whole lot like barbeque sauce. Mostly readily available ingredients. So really the only ingredient that presented any difficulties was the bbq sauce. But I’ve gotten very good at making it from scratch.

The pancake part didn’t quite turn out how I wanted it to, but it tasted absolutely wonderful. To me, at least. My roommates’ brothers were my guinea pigs, who ate their entire plates, although not very enthusiastically. And then proceeded to explain that the dish was fine, there wasn’t anything wrong with it. Just what a cook wants to hear. (I hope you caught wind of that sarcasm) :p

In my experience, if it’s not potatoes and meat, the Latvians are very hesitant to accept any new food, especially if it involves new flavours which they’re not used to. Even if there was “nothing wrong with it”. Maybe by the end of this ordeal my roommates (and their brothers) and friends will be more accepting and open to trying new foods. Here’s hoping!